Born in Panama City, Republic of Panama in 1957. She began her artistic career under the tutelage of her father, the master Alfredo Sinclair. At an early age she participated in a collective exhibition with a recognized group of Panamanian artists. In 1976, she entered the School of Applied Arts and Artistic Professions in Madrid, Spain, where she studied fine arts and received three years of classical drawing instruction at Arjona Studios. Later, in Amsterdam, she studied the great Dutch masters of the eighteenth century. 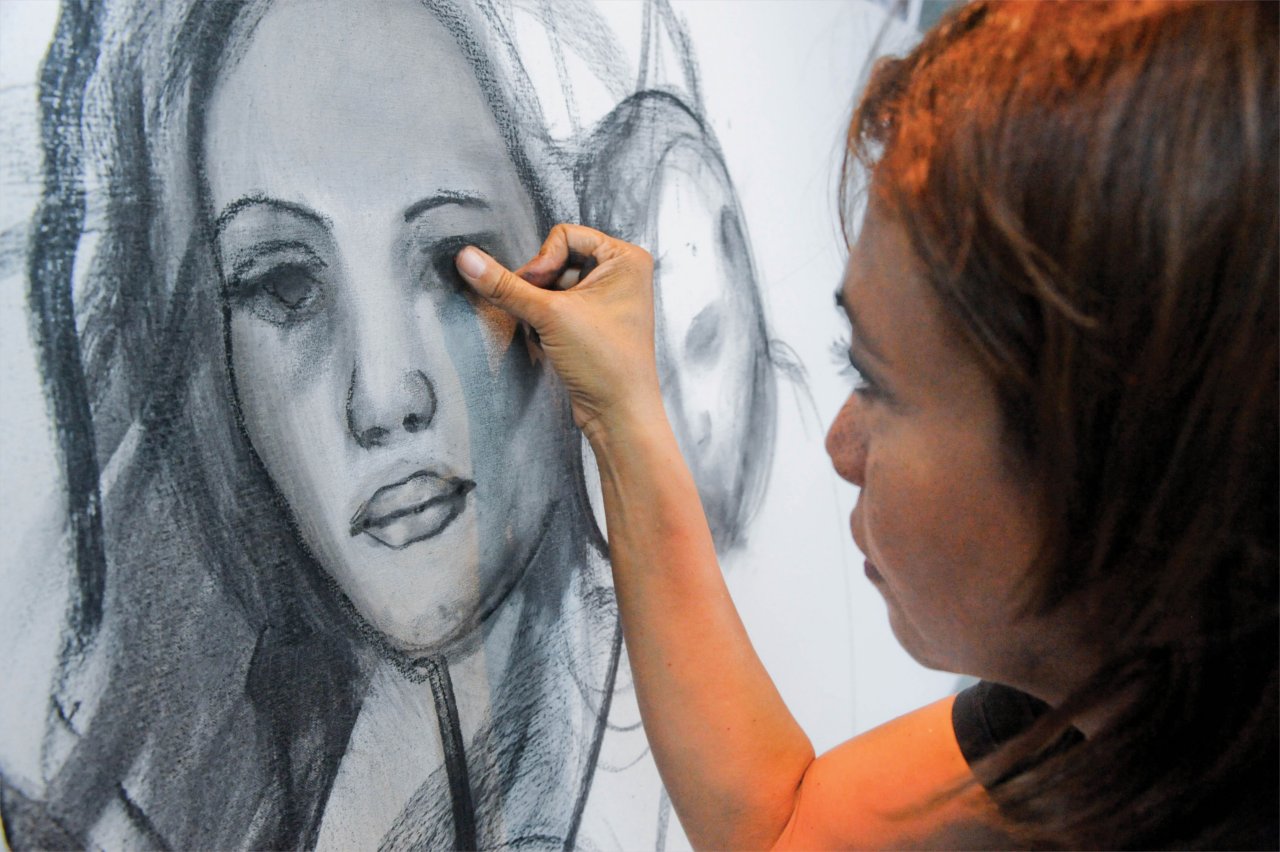 Individual exhibition Oils and Cakes at the National Bank of Panama, Panama.

She returned to Panama and began studying at the Santa María la Antigua University, obtaining a degree in Interior Design in 1984. She participated in engraving courses with maestro Giangrandi, before going back to Europe to resume her studies in London, England. 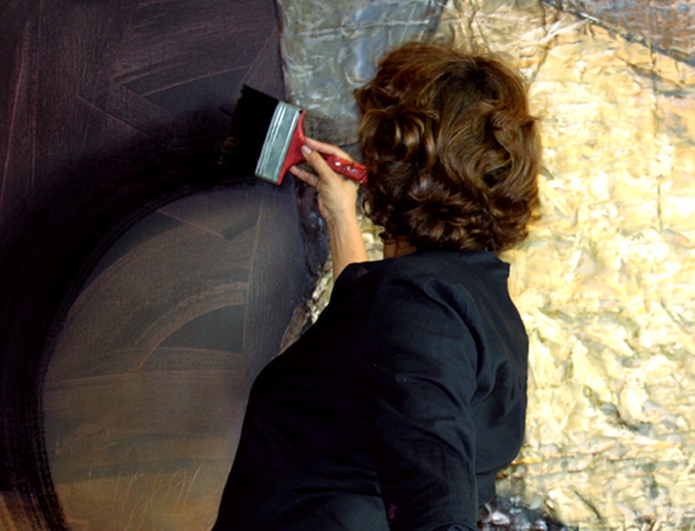 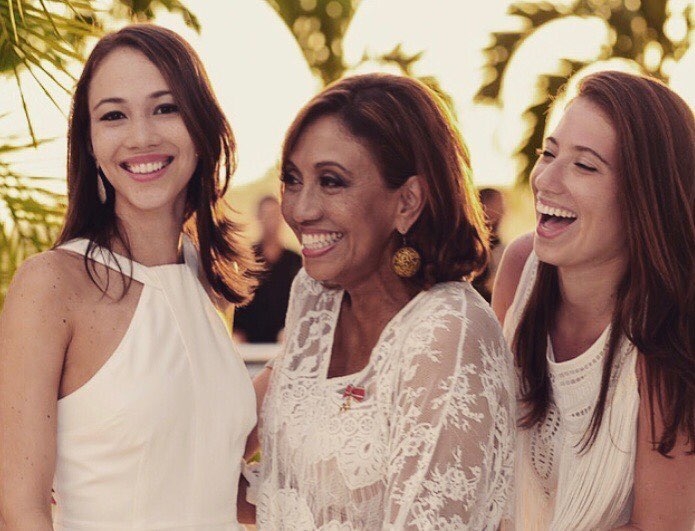 In 1987, she moved to Bolivia where she becomes a cultural attaché of the Embassy of Panama. She then resides in Jakarta, Indonesia, for five years where her two daughters, Natasha and Suzanna, are born. Later, she studied Business Administration at ADEN, Panama, and Harvard University. In her desire to share human values with children, awaken their five senses and bring them closer to art in all its expressions, in August 2010, Olga Sinclair Foundation (FOS for its acronym in Spanish) is launched. This non-profit organization had as its purpose to encourage the artistic expression, culture and talent of Panamanian children; and to promote sociocultural and racial union through the love for art. Thus achieving an integral development of the human being in a space of harmony and respect. 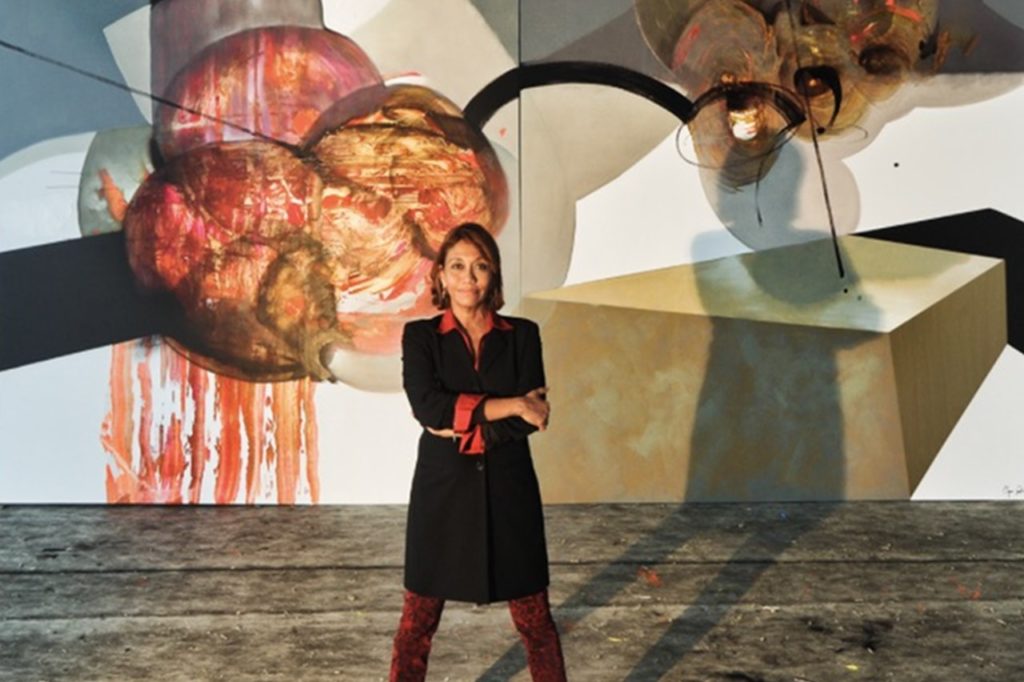 Throughout her career, Sinclair has received various awards, tributes, and national and international recognitions for her artistic and social work. She is a member of various national foundations and councils for the Panamanian society and the environment, and is the country’s Cultural Ambassador.Her work has toured several continents including Asia, America and Europe, in more than 40 solo and over 200 collective exhibitions.

The picture of Sinclair are executed audaciously, they are born of a shadow on the road of the art history.
James Mann Curator, Las Vegas Art Museum
In Olga Sinclair’s work, time is arbitrary and unpredictable; it crosses established dimensions and links present and past, preterit and imperfect. These leaps and variations settle in the work, fermenting from one painting to the next, until a general solution, very typical of this time in a constant state of transition is reached: The permanence of the ephemeral.
José Manuel SpringerMexican Critic
Pink, purple, green, orange, yellow, and warm tones, giving a strong body, which granted its mix touches of white space, as if the fabric suffered an electric shock: where the background color is wider and longer, then the brush creates vibrations and dynamism.
Marta CasatiItalian Critic
The peculiarity of Olga’s work lies in the arrangement of the form (…) the objects (kind of), and in the reflection of light rays, which shape the global sphere of her work.
Simon SimorangkirPainter, Jakarta, Indonesia
Usando pinceladas amplias de colores saturados, Sinclair forma enormes planos que se sobreponen alternándose entre transparencia y opacidad. Esto nos permite ver las capas de pintura como si viéramos a través de un vidrio. Para dar sensualidad Sinclair chorrea pintura, como cintas -que parecen fluir espontáneamente como si supiesen donde ir.
Roberta CarassoCrítica de Arte, E.E.U.U.
Previous
Next
Scroll to Top